PharmaChol collects and markets bile acid products for pharmaceutical and other associated applications.

PharmaChol is one of the major independent crude bile acid producers in the world. It had its inception in early 2016, when PharmaZell established a majority stake in a new joint venture (JV) created from the bile business unit of Fayman International (Australia). In May 2020, the PharmaZell Group acquired PharmaChol fully. PharmaChol is being operated  as a subsidiary of the group under the leadership of the Fayman family which started to collect bile in the early 1970’s.

The joint venture produces bile paste but also bile salts based on international quality standards selling these to the global pharmaceutical and food industry.

By establishing the JV, PharmaZell offers a vertically integrated business model to its customers, from the collection of the raw material until the finished APIs, ensuring and controlling its quality along the entire supply chain.

Questions? Requests? Open points? PharmaChol experts are here to find answers and solutions. Just click below to contact them.

If you’re looking for a Generic API or service, please use the icons to receive further information.

PharmaChol is part of the PharmaZell Group. Looking back on history of over 100 years the Group ensures high quality and added values by innovative, green technologies and a focused product portfolio. Click here to learn more. 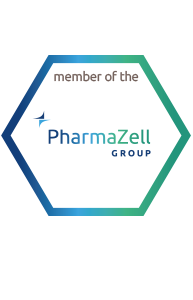 Give us your telephone number and we’ll call you back soon!